Mr D is 89 years old, he had been driving since 1946 and was an active cyclist and had a keen interest in motorcycles before losing his sight. He is registered as Severely Sight Impaired and has Age-Related Macular Degeneration in both eyes with no central vision. He was having Lucentis injections for 7 years, but these have now stopped. He has recently been told by his Consultant that there is nothing else that can be done for his vision as the Macular is now dry.

Mr D also has Charles Bonnet Syndrome, which is caused by the brain’s adjustment to significant vision loss, which creates hallucinations. In Mr D’s case it is creating the impression that he can see animals that aren’t there. He often thinks there is a  cat under the table and by the side of his chair, that appears to look up at him, as well as a purple pig that keeps his back to him. Mr D has also had a triple by-pass in 2003 following a heart attack, he then had a stroke 3 years later.

His daughter (who lives overseas)got in touch after being concerned that as her parents live in a very old town house and was very concerned that when her father goes up and down the stairs (especially with their toilet outside the property) he cannot see the bottom step and he could potentially have  a fall.

During the Initial ROVI assessment, referrals were made to Care and Repair for handrails outside the property, edging of the steps to be painted white and the front porch steps to also be painted. The pathway leading to the outside toilet also had very poor visibility so brighter lighting was also installed as well as a flat steel railing to provide additional support when walking down the front steps.

Indoor safety lighting was put in to provide extra lighting leading from the bedroom to the upstairs toilet. This was a major safety issue as Mr D was fearful that he may fall down the stairs during the night. A stick rail was installed along the stairwell wall on the right-hand side so that Mr D would have support when going down the 15 stairs. Mr D’s wife mentioned that she was afraid to leave Mr D alone in the property when she had to go out and was constantly worried that he may hurt himself and after a brief discussion Mr D agreed to a TeleV alarm system.

Mr D said,  “Safety is the primary objective, I am forever grateful for being gently persuaded to have a personal alarm, it now means my wife can go out and not be worried about me. Also having our clothes line in the back garden cemented in the ground means I can now help bring the washing in for my wife, one more less thing for her to do and it makes me feel useful again”.

During the Initial ROVI Assessment Mr D said that he had difficulty with reading all print sizes especially his marine books. He had tried magnifiers with additional light, but they no longer helped as the letters are still jumbled up. As Mr D has been in the forces, the ROVI Officer liaised with outside charities to see if she could  provide a case for securing funding for a screen reader to enable Mr D to pursue his hobby of reading.

Mobility training was also discussed and Mr D said he had lost his confidence and was unable to walk in a straight line and kept veering off the edge of the pavement onto the road and he was constantly tripping up on the uneven surfaces/pavements. Therefore Mr D was given a symbol cane to use when outdoors,  he then progressed to a guide cane and long cane mobility training. Mr D has recently completed his mobility training with ROVI intervention. Mr D has always liked Nordic walking and having mobility sessions has improved his greatly.

“There have been some humorous times during my mobility training, things that were taught in mobility sessions, like moving safely around additional clutter on the pavements, bicycle docking racks and negotiating around scaffolding on the pavement. I did not think I could do it with my limited vision but with the reassurance I was given I was able to complete it, although it was still very daunting at times. The Rehabilitation Officer taught me to be more aware and drew my attention to crossing the road correctly, learning to go at a slower pace and trust my decisions again. I felt confident to be able to cross a busy junction using 3 zebra crossings on my own – remembering to stop at the kerb edge first and not to dash across the road (although at my age that would be a bit hard to do).”

“I am very grateful to the local authority and Sight Cymru for bringing a Rehabilitation Officer into my world, spending the extra time and care to teachme new skills and giving me more independence and my confidence back. My greatest joy is being able to send a photo and video by email to my daughter who lives abroad using my new mobile” Mr D. 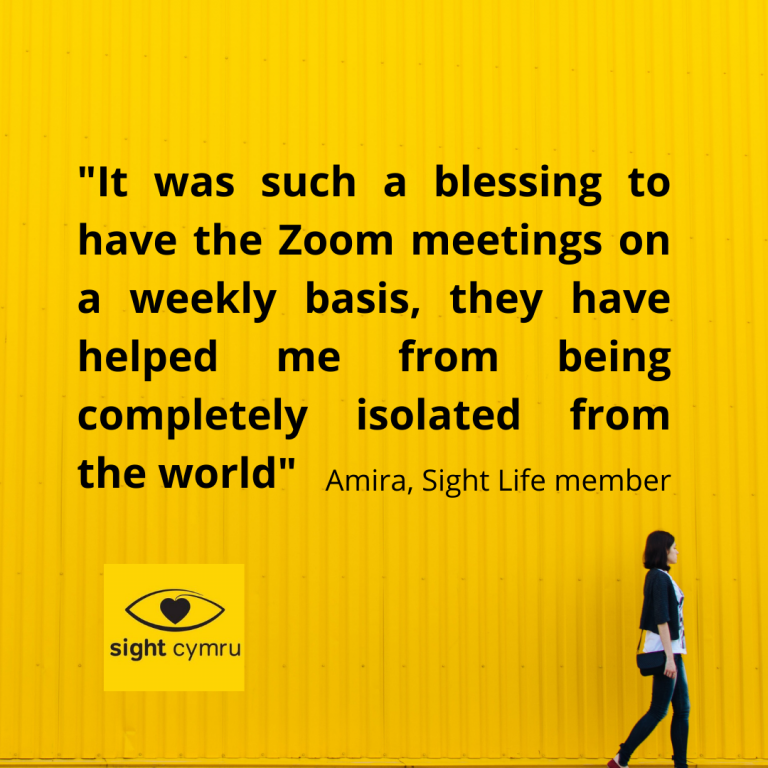 Amira is part of our Sightlife group, a group which is currently made up of people with sight loss from BME communities in the Cardiff and Newport area. The club meets once a week via Zoom (due to current  COVID restrictions) and they carryout a range of online activities. The clubs are a great mechanism…

Nic Hughes, 59, lost his peripheral vision four years ago as a result of a brain haemorrhage. Once a keen painter who held art exhibitions in Malpas and Caerleon, he stopped painting because of the loss of his vision. “It is like wearing blinkers on both eyes,” he said of his condition. Mr Hughes said… 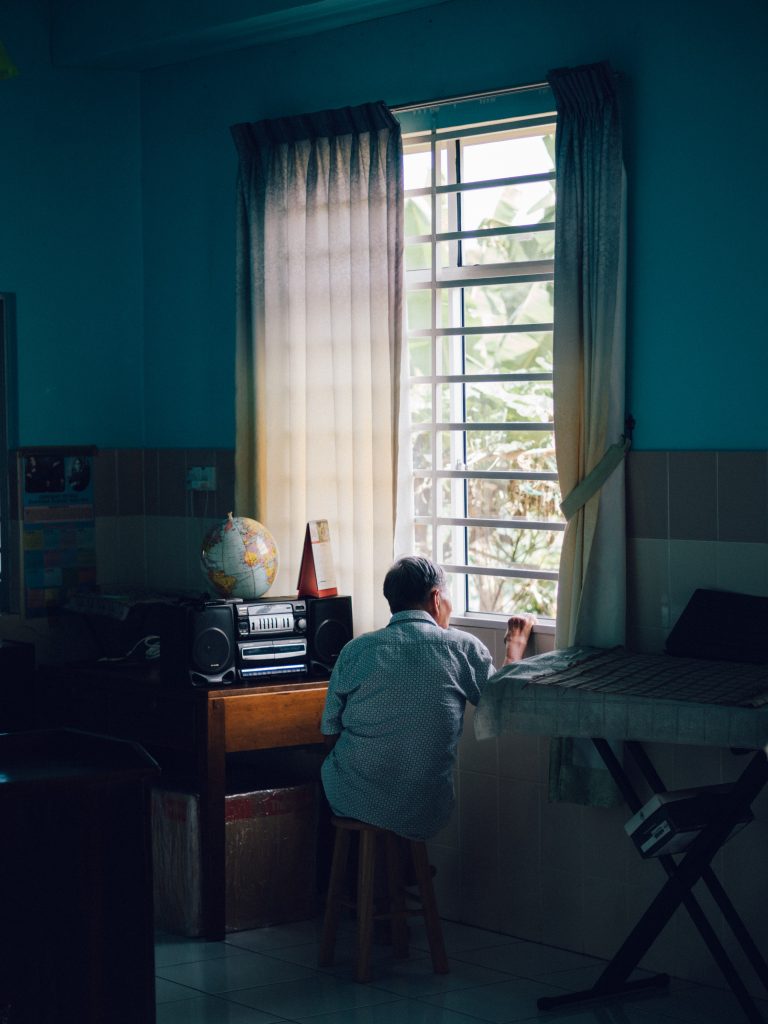 My Poor Wife by Ojo Taiye for couples who died due to complications from Covid-19 do you think time will heal all wounds? what if our wounds do really heal? unspool a ribbon of air—my wife’s last breath. i just can’t go home when i am sober. i keep pressing the doorbell even though no…

Do you care for someone with dementia? Would like to know more?Would you like to make your organisation or group a dementia friendly one? Would you like to learn more about dementia and to know where to find help in your community?  Sight Cymru now has a Dementia Champion and can provide Dementia Information Sessions… 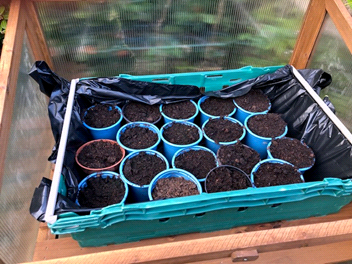 In these difficult times there is a little light that can help and give you a rosy glow.  Getting back to nature can give you a little lift when you see the first green shoots appear through the dark soil with a promise of vegetables for the future.  The harvest is the achievement of your… 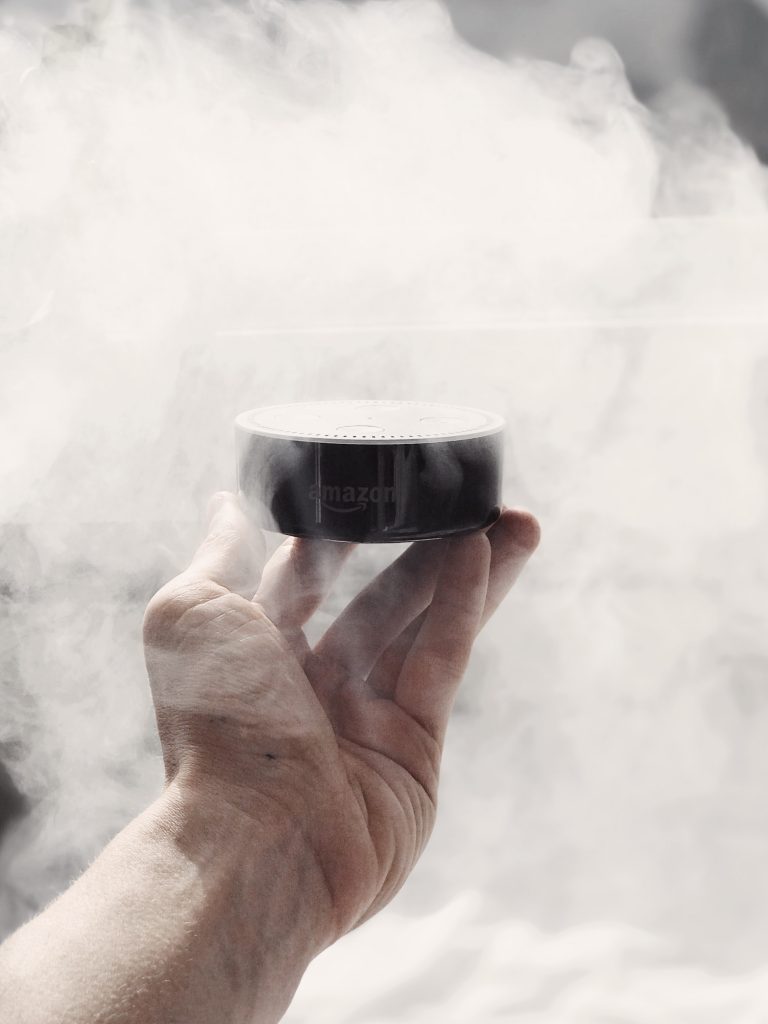 From our A.C.E Officer Calum Briars. Since its introduction to the market in 2016, Alexa has become a household item used by millions worldwide. Of course, this is not a surprise at all, for a hand-sized speaker to have such clarity and functionality for a fraction of the cost of most speakers on the market,…